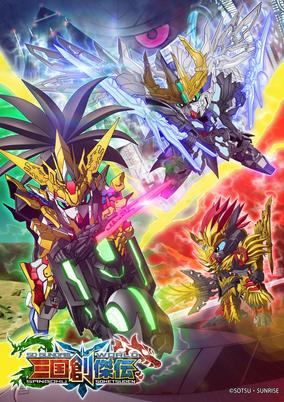 Nations once full of pride and glory are now in ruins after suffering great wars repeated over and over again, and it is an age in which the great land is covered in mountains of wreckage. Finally, just as the signs of restoration begin to be seen, a mysterious virus called the “Yellow Zombie Virus” has been spreading across the land for the past several years, and the infected, who lose their self of self, start attacking Mobile Suits one after the next. In order to protect themselves from the infected coming to attack them, the remaining Mobile Suits are forced to live inside city strongholds. However, behind the fortifications, after the death of the former lord, the lord Dong Zhuo is as domineering as can be. (Source: Crunchyroll)