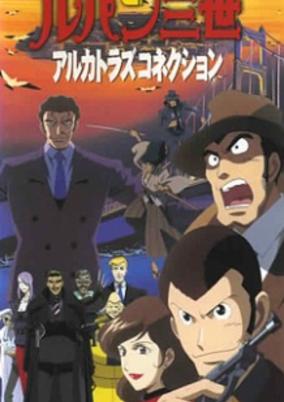 Zenigata arrives on the ship "Machine Gun Kelly", a casino on the water owned by the mafia, because Lupin plans on stealing the casino's money. Lupin and his gang manages to break into the ship's vault but was unable to escape with the money due to Zenigata's shooting. However, there was another purpose the ship had, one that Lupin was aware of; to search for a sunken ship filled with gold. Lupin managed to steal this data while he was on the ship, however, now they have to contend with Zenigata, the mafia, and a secret organization whose base is under Alcatraz, as they attempt to uncover the secret behind the organization and the sunken treasure. (Source: ANN)